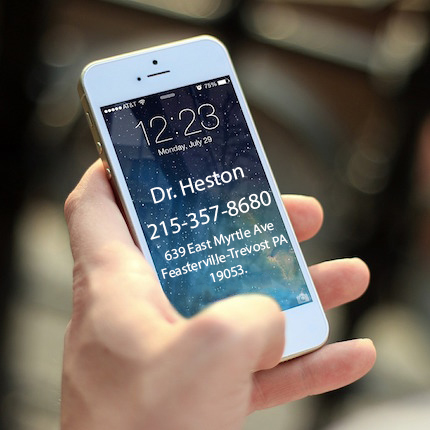 The roots of chiropractic care can be traced all the way back to the beginning of recorded time.

Writings from China and Greece written in 2700 B.C. and 1500 B.C. mention spinal manipulation and the maneuvering of the lower extremities to ease low back pain.

Hippocrates, the Greek physician, who lived from 460 to 357 B.C., also published texts detailing the importance of chiropractic care. In one of his writings, he declares, "Get knowledge of the spine, for this is the requisite for many diseases".

In the United States, the practice of spinal manipulation began gaining momentum in the late nineteenth century.

In 1895, Daniel David Palmer founded the Chiropractic profession in Davenport, Iowa. Palmer was well read in medical journals of his time and had great knowledge of the developments that were occurring throughout the world regarding anatomy and physiology.

Daniel David Palmer In 1897, went on to begin the Palmer School of Chiropractic, which has continued to be one of the most prominent chiropractic colleges in the nation.

Throughout the twentieth century, doctors of chiropractic gained legal recognition in all fifty states.

Similarly, continuing recognition and respect for the chiropractic profession in the United States have led to growing support for chiropractic care all over the world.

The research that has emerged from " around the world" has yielded incredibly influential results, which have changed, shaped, and molded perceptions of chiropractic care.

Furthermore, the 1993 Manga study published in Canada investigated the cost-effectiveness of chiropractic care.

The results of this study concluded that chiropractic care would save hundreds of millions of dollars annually with regard to work disability payments and direct health care costs.

Doctors of chiropractic have become pioneers in the field of non-invasive care promoting science-based approaches to a variety of ailments.

A continuing dedication to chiropractic research could lead to even more discoveries in preventing and combating maladies in future years.

Education of Doctors of Chiropractic

Doctors of Chiropractic must complete four to five years at an accredited chiropractic college.

The complete curriculum includes a minimum of 4,200 hours of classroom, laboratory, and clinical experience.

Approximately 555 hours are devoted to learning about adjustive techniques and spinal analysis in colleges of chiropractic.

In medical schools, training to become proficient in manipulation is generally not required of, or offered to, students.

The Council on Chiropractic Education requires that students have 90 hours of undergraduate courses with science as the focus.

Those intending to become doctors of chiropractic must also pass the national board exam and all exams required by the state in which the individual wishes to practice.

One must also meet all individual state licensing requirements in order to become a doctor of chiropractic.

An individual studying to become a doctor of chiropractic receives an education in both the basic and clinical sciences and in related health subjects.

Intention of the basic chiropractic curriculum is to provide an in-depth understanding of the structure and function of the human body in health and disease.

The educational program includes training in the basic medical sciences, including anatomy with human dissection, physiology, and biochemistry.

In other words, a doctor of chiropractic can both diagnose and treat patients, which separates them from non-physician status providers, like physical therapists.

According to the Council on Chiropractic Education DCs are trained as Primary care Providers.

What is a Doctor of Chiropractic?

As a profession, the primary belief is in natural and conservative methods of health care. Doctors of chiropractic have a deep respect for the human body's ability to heal itself without the use of surgery or medication. These doctors devote careful attention to the biomechanics, structure and function of the spine, its effects on the musculoskeletal and neurological systems, and the role played by the proper function of these systems in the preservation and restoration of health. A Doctor of Chiropractic is one who is involved in the treatment and prevention of disease, as well as the promotion of public health, and a wellness approach to patient healthcare.

A variety of techniques, treatment and procedure are used to restore healing which will be the topic of future education releases.

We want you to know that we are prepared for you.

For the protection of our customers and our employees, we’ve followed the guidance of the W.H.O. and the I.C.C. and their directions to business owners.

We have disinfected all surfaces and implemented recommended strategies to keep safe distances between all customers and employees to prevent any transmission.

Our chiropractor is on top of the most current information available to businesses.

We are open for business.